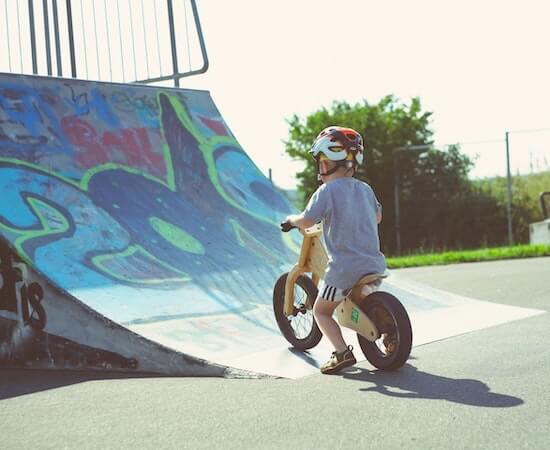 3 Reasons Why Failing is Good

“Success is not final, failure is not fatal:
it is the courage to continue that counts.”
Winston S. Churchill

Churchill’s quote makes a lot of sense to me – I hope to you too.
So why are we so dismissive of failure? And why is it treated with so much shame?

Everybody fails, without doubt.

Learning to walk, you fall down.
Learning to ride your bike, you fall off.
Learning to have friends, you’re mean to someone.
Learning what a good job looks like at work, you don’t do it right every time.

So if failure is such a normal experience, how can we change our attitude to failure and celebrate the courage to continue instead?

1. Know that failure is part of the route to success.

This is the cliché opportunity when we talk about Thomas Edison and his invention of the lightbulb.

Or Michael Jordan’s comment about the shots he’d missed and games he’d lost.

“I’ve missed more than 9,000 shots in my career. I’ve lost more than 300 games. I’ve been trusted to take the game-winning shot and missed. I’ve failed over and over and over again in my life, and that is why I succeed.”

I remember failing my A level maths and not getting the place at Wolverhampton University that I so desperately wanted. I remember that incredible feeling of despair wondering how I was going to move forward from here, and the desperation of trying to find somewhere that would take me.

Yet failed to get the results I’d needed elsewhere, I went to Plymouth Uni and had the best 3 years of my young adult life, creating amazing and long-lasting deep friendships, discovering life, and realising my total and utter passion for the sea… and doing ok in my studies too.

2. Failure is an opportunity to learn about yourself.

I failed at my marriage in so far as I got divorced. This is now the box I’m supposed to tick when asked for my marital status. Forever labelled as a marriage-failure, oh the shame!

But I’ve learned from my failure.

I learned that I did the best impression of a slow boiling frog – over time I let myself become the person who managed everything without any expectation that my husband would contribute. In staying in a marriage that was failing, I was living a life that wasn’t a good life at all, and I was miserable. Yet doing nothing to change it. Instead, I was coming up with more and more creative ways to “make it work” because that’s what I thought society was telling me I was supposed to do. After all, you don’t get married to get divorced, do you? Eventually it was my husband who had the courage to call it a day.

Looking back I can see that failing taught me to be honest with myself, to pay attention to how I’m feeling and not to be afraid to question the big stuff.

This doesn’t mean that to be a successful commercial professional you need to experience bankruptcy, homelessness, or have a list of domestic failures as long as your arm. But if you spend the time understanding why you failed, it does mean you are likely to build greater success.

When one of the most successful business leaders today, Jeff Bezos, founder and CEO of Amazon.com, launched Amazon Fresh, he went out of his way to hire the people who had spectacularly failed at the same business. Webvan was a grocery delivery service who managed to raise $375 million in funding in November 1999 and yet filed for bankruptcy in July 2001. The founders were hired by Jeff to build, launch and run Amazon Fresh and in 2018 Amazon Fresh generated revenues of $8.2 billion.

The Courage to Continue

So with all of that bouncing around in my head, I go back to Winston Churchill’s quote at the beginning of this blog.

“Success is not final, failure is not fatal: it is the courage to continue that counts.”

I also know that when I’ve opted to ‘give up’ I’ve missed out.

Yet when I’ve given myself a chance to learn from failure, when I’ve screwed up my courage and continued in a slightly different way/ direction, then I’ve achieved so much more as a result.

What have you magnificently failed at? What did you learn from it?
How have those learnings helped you move forward and achieve so much more?